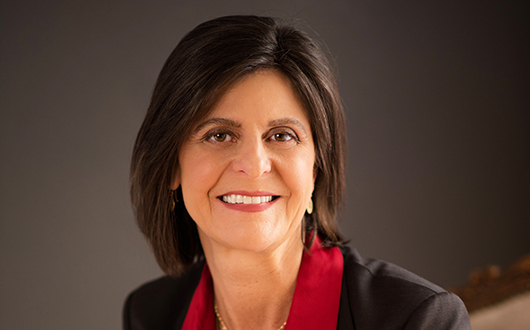 (SAN FRANCISCO, Calif. – February 2, 2017) – Edgewood Center for Children and Families (Edgewood) announced today that Lynn Dolce, MFT, has been selected as the new Chief Executive Officer. Ms. Dolce has been a leader in the field of children’s mental health for over 25 years. She will assume the role on February 6 taking over from Nancy Rubin who has been the acting Interim CEO since September 28, 2015.

“We look forward to having Ms. Dolce be a part of our Edgewood family, continuing our legacy of improving the lives of children and families in crisis in the Bay Area,” said Tim Myers, Board Chair of Edgewood Center for Children and Families. “Her innovative leadership has put her at the forefront of the emerging trauma-informed care field and that knowledge will help Edgewood continue to develop innovative services for the children and families we serve.”

Ms. Dolce most recently served as the Foster Care Mental Health Director at the San Francisco Department of Public Health where she provided exemplary leadership for all behavioral health services in San Francisco. She was instrumental in the creation of the trauma-informed system of care curriculum that is now considered a national model for organizational change. Previously, Ms. Dolce managed pediatric mental health services for children in partnership with University of California, San Francisco (UCSF), and San Francisco General Hospital Pediatrics, as well serving on the clinical faculty of UCSF.

“I’m very impressed by Lynn’s background because she understands the systemic issues around trauma and mental health that many children in the Bay Area face every day,” explained Nancy Rubin, Interim, Chief Executive Officer at Edgewood. “I am committed to helping Lynn transition into her new role and to sharing with her our accomplishments including offering transformative services to families, thought leadership to our colleagues, and fortifying our financial strength.”

In 2016, Edgewood celebrated its 165th anniversary of operations – a historic milestone that highlights the organization’s commitment to the community.

About Edgewood Center for Children and Families: Now in its 166th year of operations, Edgewood Center for Children and Families is a nonprofit provider of behavioral health services to children, youth, and families who have experienced abuse, neglect, trauma and other mental health-related issues. In 2016, Edgewood helped more than 9,000 youth and families living in San Francisco and San Mateo counties. Founded in 1851, Edgewood is the oldest children’s charity in the western US that offers treatment programs focused on prevention and early intervention, residential programs, crisis stabilization, and community-based services.

Your ticket for the: Edgewood Announces New Chief Executive Officer