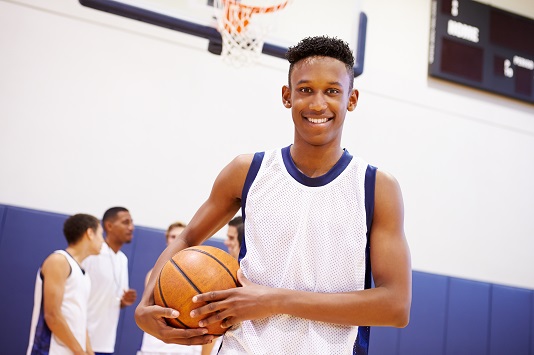 *Troy was living a turbulent life in public housing in San Francisco’s Bayview Hunters Point. Traditional diagnoses would likely have labeled him as oppositional, a trouble-maker, and a bully. The staff at Edgewood utilized a strength-based approach to help him with his challenges. After getting to know the natural leader and athlete in Troy, counselors encourage him to join our Edgewood-run basketball program.

Playing basketball was a breakthrough for Troy’s case. Troy, like many kids, needed more energy-filled ways to spend his time. Without stimulation, it was too easy for him to get bored, anxious, and disruptive. Basketball taught Troy interpersonal and cooperative skills, as well as anger management. Though Troy would get mad when his teammates missed a shot, he learned, with the help from Edgewood Staff, that hitting and shouting weren’t appropriate responses. As Troy worked to get better at basketball and manage his emotions with his teammates, his leadership skills began to shine through.

The creative, non-standard approach of Edgewood’s staff was instrumental in Troy’s path to success. They understood that Troy was more than his diagnosis. By nurturing the strengths he was proud of, Troy could develop those positive traits and use them to his advantage. As a result, Troy was able to sort through many of his issues and develop himself into a calmer, less impulsive young man.

Your ticket for the: Troy