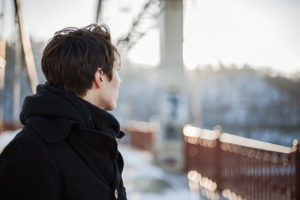 When youth arrive at Edgewood, our staff are committed to respecting them as individuals and helping them to gain the support they need to live a healthy, productive life. For LGBT+ youth, there are unique needs, and Edgewood  helps them overcome life-challenging conditions caused or worsened by the discrimination, stigma and oppression they experience as a result of their sexual orientation or gender identity.

Recently,  a 14-year-old youth came to the Edgewood Crisis Stabilization Unit identifying as Female to Male (FTM), and preferring male pronouns. He reported significant suicidal ideation and depression related to gender identity and feeling that his parents would not understand or support him.

Upon arrival, staff asked which pronouns he preferred, which name he would like to be addressed as, and explored his fears and journey of self-discovery. He had been wanting to identify as male since 5th grade. Looking forward to high school, he longed to reset his identity in a new setting. Staff patiently and compassionately worked with him to address his fear of disclosing to his sister, emphasizing that the process was on his terms and at his pace

Visibly shaking and second-guessing himself, he was able to talk with our clinician and complete breathing exercises to calm himself. He told his sister, who cried and hugged him and told him she would always support him and advocate for him. Deeply relieved and encouraged, he decided to confront his parents with his sister and Edgewood staff in the room.

The parents reported concern for how the world would treat him and whether he could really know his identity as such a young age. After initial challenges, they began to try to use the pronouns he preferred, demonstrating their desire to understand and support him. They committed to therapy and to learning more about this experience and identity and gave him the reassurance they would not reject him. After he decided to stay the night to rest, his parents left a note to him, “We love you. Always.” The client teared up when he opened the note and reported to staff, “I hoped they would say this. I honestly did not believe it would be possible.”

Last year, up to 16% of the 1,625 served by our Crisis Stabilization were LGBTQ+ youth,  and more than 100 trans youth were helped with programs designed to make LGBTQ+ individuals feel welcome and to address their unique needs.

Your ticket for the: Trans Youth Finds Hope and Support