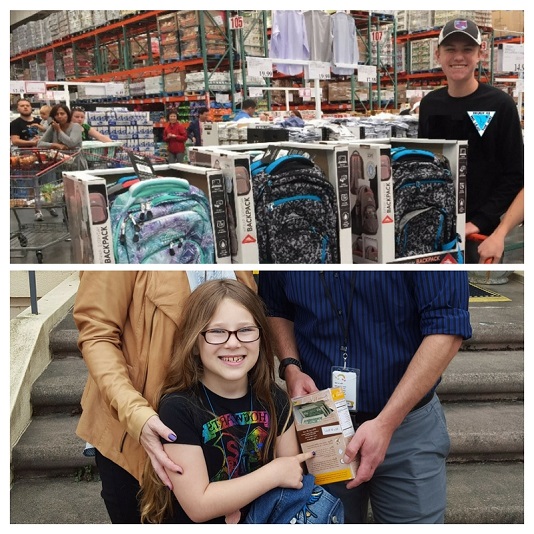 It is amazing how kindness can inspire hope – especially when it comes from two young philanthropists that want to help their fellow kids.

Edgewood Center for Children and Families had the honor of meeting Chloe Lejnieks and Derek Johnson – two youths with a lot of heart. Chloe and Derek both organized their own efforts to collect funds and supplies for the youth at Edgewood.

Chloe, the 8-year-old daughter of Edgewood Auxiliary member Amy Nelder, decided to put up an old-fashioned lemonade stand with her friend. The booth not only sold cookies, scones, and sandwiches but also offered services like fortune telling and face painting. Together, the two raised $36 selling their baked goodies that Chloe suggested they donate to Edgewood, “which helps kids who need things.”

For 15-year-old sophomore Derek Johnson, his efforts began as a service project for San Mateo Boy Scout troupe 42. Realizing the impact he could make while also getting a badge, he went above and beyond the requirements. In the month that his GoFundMe campaign launched, Derek raised thousands of dollars to purchase 87 backpacks and fill them with notebooks, stationery, and other school supplies that he donated to Edgewood’s Bayview branch. When asked about his experience, Derek replied that it felt like he was really making a difference to the families and that it felt good to work towards a great cause.

Edgewood would like to thank both Chloe and Derek for using their own time and energy to help better the lives of others. The compassion they’ve shown has brightened the days of many of our youth, who will be going back to school with full backpacks.

If you would like to make a donation to Edgewood and need more information, please visit our donations page.

Your ticket for the: When Kids Help Kids