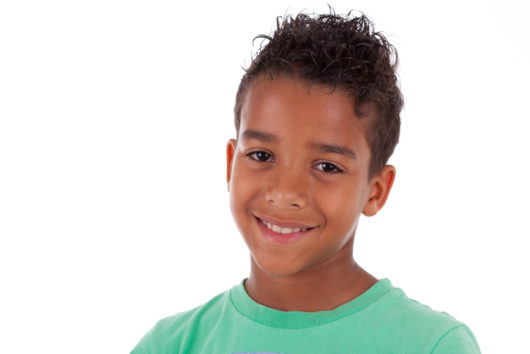 Carlos was a good 10-year-old boy who could not handle his anger. Abused as a toddler, Carlos became angry or frustrated, he began huffing and puffing and went into a kind of anger trance. Frustrated and unable to help him, his teachers called on Edgewood Behavior Coach David Mulig to help. “When Carlos became angry, sometimes he moved toward others menacingly,” said David. “Other times he destroyed things around him. Sometimes he just paced back and forth in the room. When his feelings escalated to this level, despite everything I tried, Carlos responded to no one.” David and the teachers felt helpless, unable to penetrate the anger trance. All they could do was walk with Carlos and wait for him to calm down and begin to respond to his surroundings. If Carlos was going to be able to stay in school and get an education, David knew that he would have to find a way to break through.

One day, Carlos’s behavior in class was especially disruptive. His teacher threatened to call his mother. The threat didn’t change Carlos’s behavior. Finally, the teacher said, “OK, I’m going to call your mom”—and she did. David stood back and watched as Carlos’s anger took over, but this time it was different. Carlos ran into a doorway and fell down in the corner. He began bawling and screaming. No one could touch or talk to him. When the teacher said, “Carlos, I have your mom on the phone,” he looked up at David. David silently put out his hand. Much to his surprise, Carlos took it. “You have to talk to your mom,” David said, “but you’re going to be okay. I’ll go with you to the phone.” Together they walked down the hall, Carlos spoke on the phone, and his mother came to pick him up.

The next time Carlos got angry, he didn’t go into an anger trance. Something had changed. David was able to take him out of the classroom and start a conversation with him, slowly teaching him how to handle his emotions. David says, “Something happened when I put out my hand to Carlos. It was the beginning of his learning to deal with his anger.”

Today, Carlos is still in school. A boy who once had trouble expressing himself is now thriving because someone reached out to him.

Your ticket for the: Carlos